CadaVida Foundation is based in Medellín, the second largest city in Colombia and a part of the Aburrá Valley in the heart of the Andes mountains. Home to some 2.4 million residents, Medellín has seen significant political, academic, and social growth over the years, but economic disparity and crime still affect some of the population. CadaVida founder Viviana Cadavid Orrego grew up in Medellin and cares deeply about its future. She believes it is a special place with a strong community, and Cada Vida Foundation wants to support projects throughout the city.

CadaVida began its first program, “Puntadas de Mujer,” in Comuna 13, one of Medellín’s most underprivileged neighborhoods. Many women in this neighborhood struggle to support themselves and their families, and have limited access to opportunities. However, though Comuna 13 is widely known for its high crime and violence rates, it has also been home to a number of successful community projects that are making a positive impact in the neighborhood. The Comuna 13 community has welcomed “Puntadas de Mujer” and are happy to get involved and support women’s empowerment. CadaVida hopes to bring more choices and financial opportunity to the women of this neighborhood. 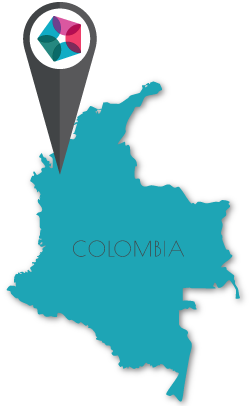